During the pastoral visit to Gorzegno of Bishop Marino in 1573, the prelate ordered the Community: “infra annum unum proxime venientem campana una sufficiens ad usum dicti loci”. In 1594, on the occasion of the pastoral visit of Bishop Mons. Capriano, the pristine bell tower was still to be completed.

However, the completion occurred in the following years, also in relation to the subsequent work of reconstruction of the church begun in 1622.
In 1776, the Marquis Carlo Tete Del Carretto donated the four “rubbi” bell, which already belonged to thew Marquis Chapel of S. Martino, to the parish church.
In 1827, Marquis Carlo Del Carretto decided to renovate the bell tower. The work was entrusted to a skilled local stonemason, Giacomo Garabello.
In 1831, the bell tower was raised another eight metres to house the clock. In this way, it reached its current height of 24 metres.

The inhabitants of Gorzegno have handed down some amusing tales related to their bell tower. For example, there is a story about a donkey that was pulled to the top of the bell tower with a pulley to eat the weeds that grew up there. They also say that someone pretended to grow the bell tower by fertilizing it at the base and watering it like a plant and, to see if the bell tower had actually grown, it was dressed in a large skirt of sheets and blankets. 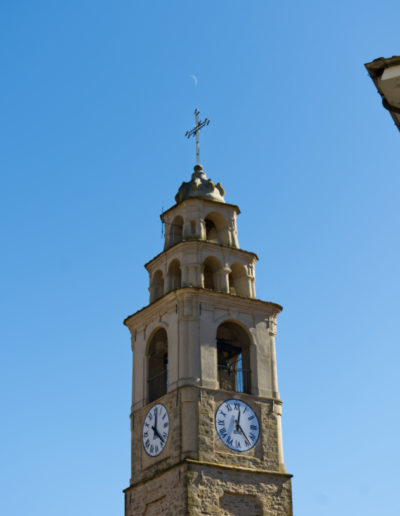 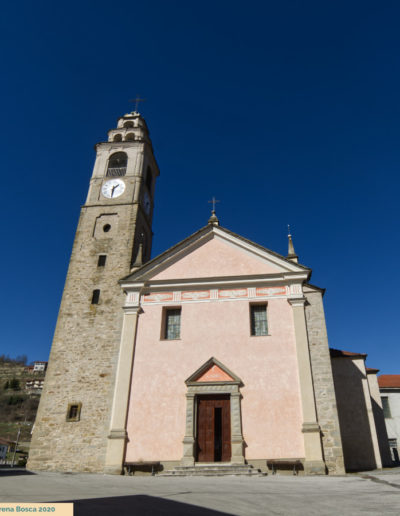 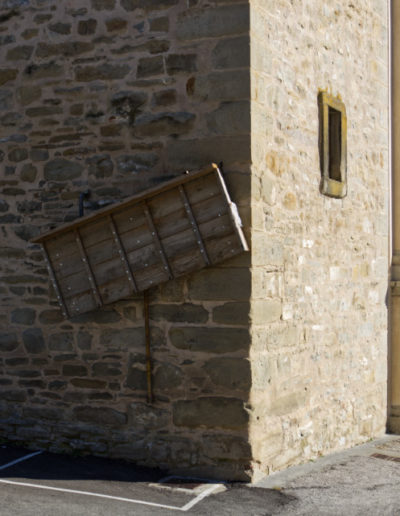 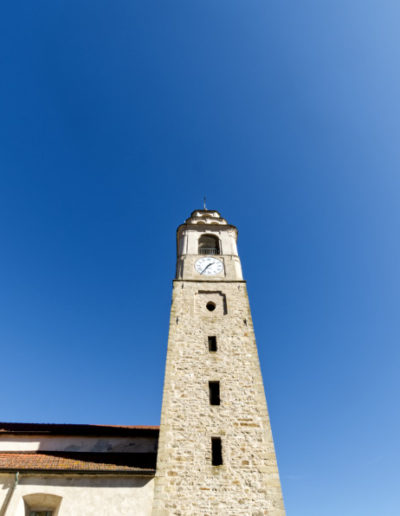 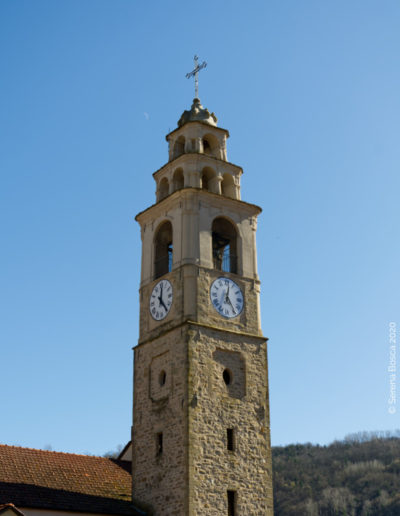 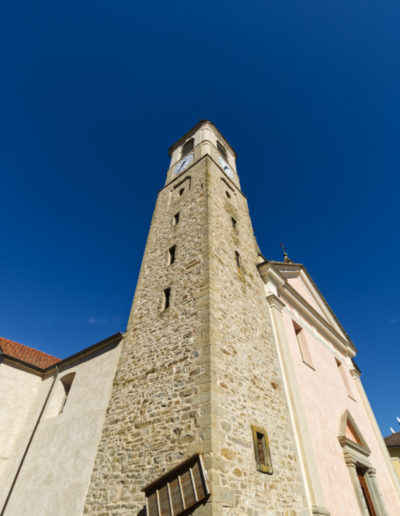 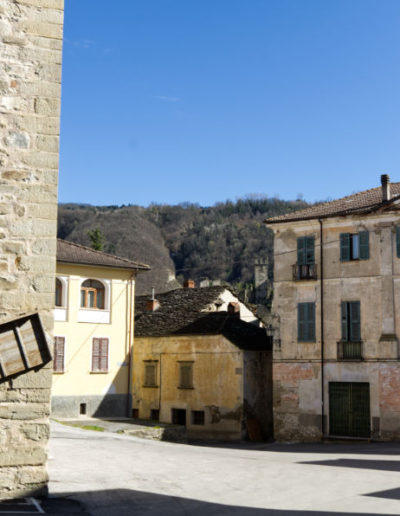