The original function of this house is unclear. The sandstone lintel bears the date 1586, but could refer to the renovation of a pre-existing religious building.

The abbreviations in Latin (“VIRTVTE. MŘI. T. T. SÎM.  P. 1586”) have not yet been interpreted, but they seem to refer to the Marquises of Gorzegno as refounders of the building. From an artistic point of view, the bas-relief decorations, with rampant dragons on either side of the IHS symbol, recall the dangers that threaten the Christian faith.

Until the second half of the 20th century, the ground floor housed the post office. The two balconies have been recently erected. 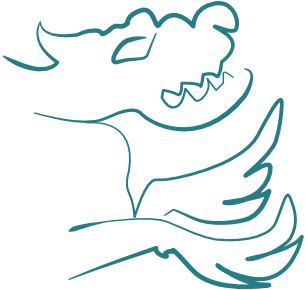 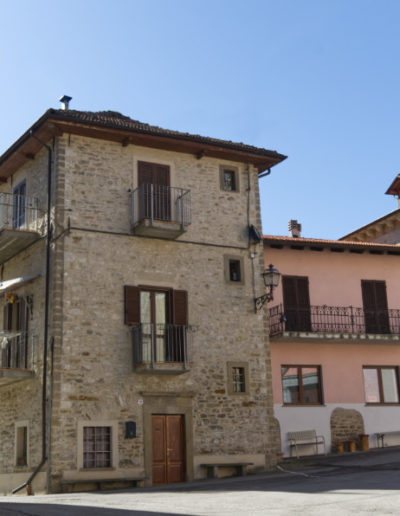 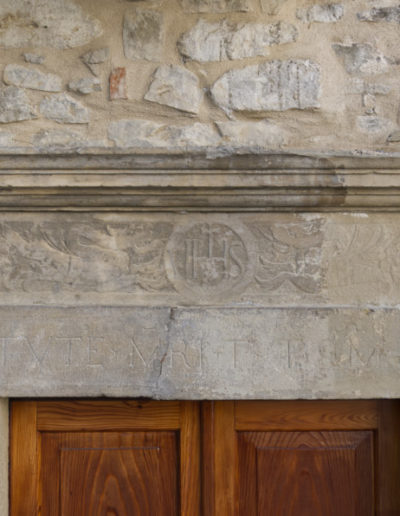 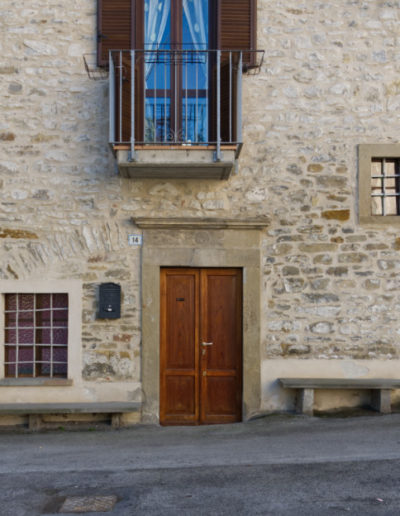 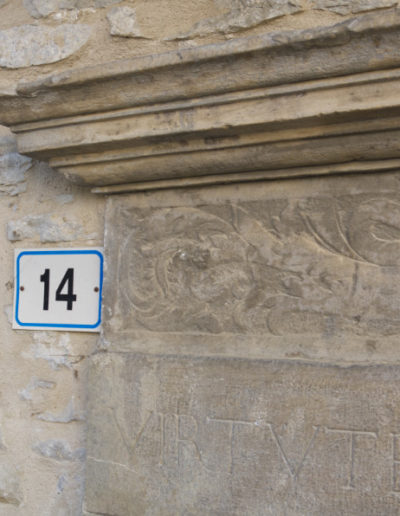 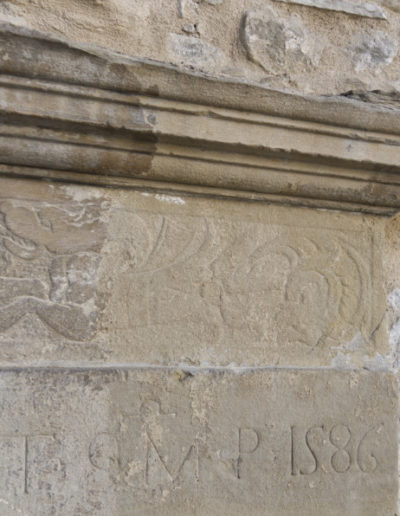 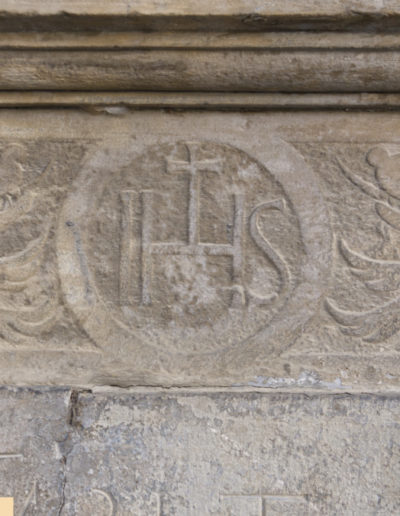